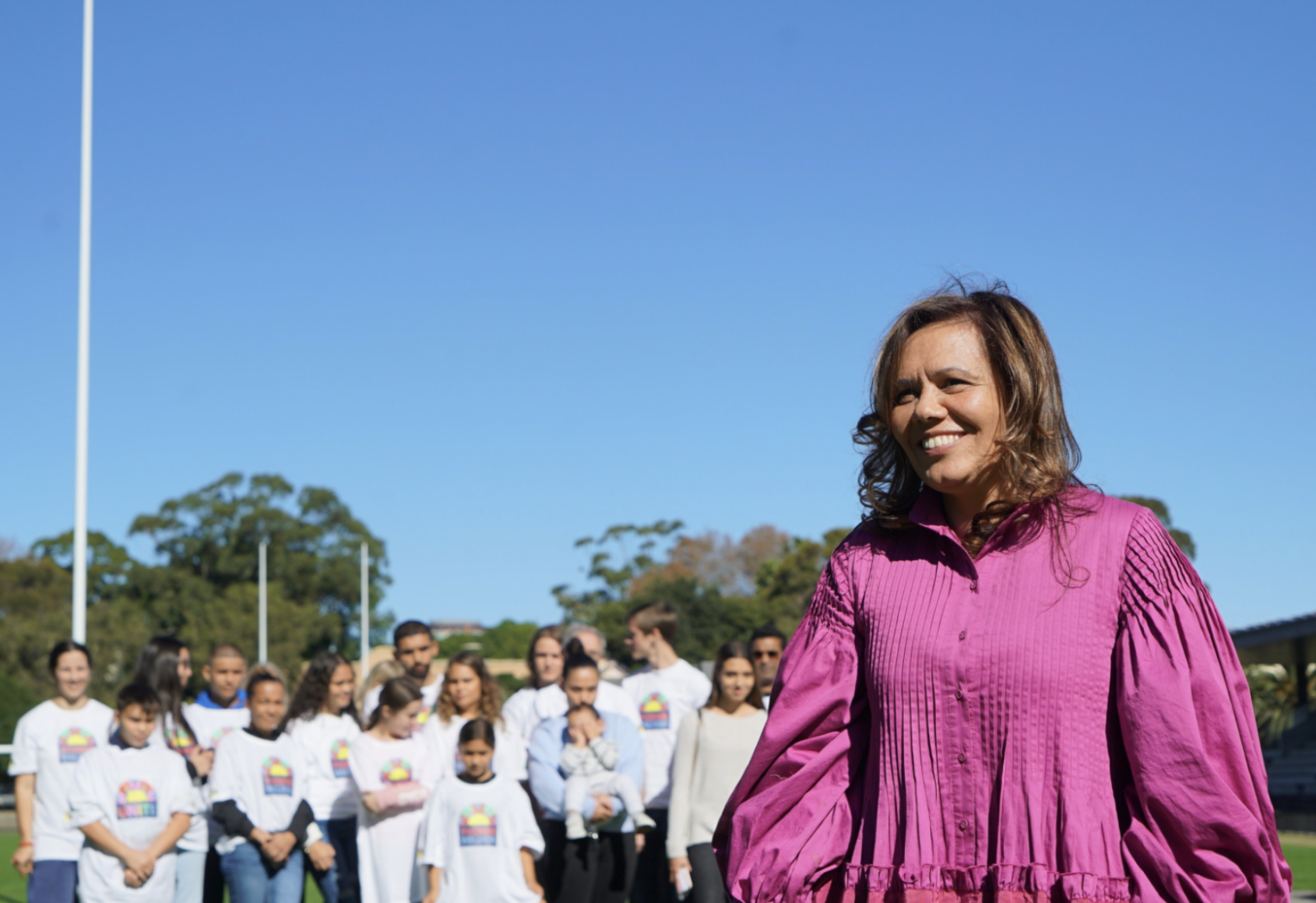 Wiradjuri woman Yvonne Weldon is the first Independent Indigenous Australian to run for Lord Mayor in the City of Sydney’s local government election this September.

If elected, she will be the first independent Indigenous Australian councillor in the City of Sydney’s 179-year history.

Weldon recognises the historical significance of her campaign.

“It is a complete honour, and it is also a lot of pressure,” Weldon told City Hub.

“For a country to acknowledge that this continent has the oldest continuously living culture in the world and yet I am now the first Aboriginal Australian to run for Lord Mayor, it’s an indication of how much more needs to be done with regards to inclusion.”

Weldon is no stranger to the political sphere, having 20 years of experience working in key government and Aboriginal organisations, including sitting as the Metropolitan Local Aboriginal Land Council’s elected chair.

Her extensive experience also involves serving as Deputy Chair of the NSW Australia Day Council and as a board member for both Domestic Violence NSW and Redfern Jarjum College.

Weldon comes from a family of trailblazers who continue to influence and inspire her.

“When I think about my Great Grandfathers, one who was a stolen generation survivor, he was one of the first to cross the Harbour Bridge when it opened in March 1932. My other Great Grandfather was a Rat of Tobruk during 1941 – his medals were finally provided in the late 80s.

“Both Australian legends, yet they weren’t included as citizens of this country until 1967. Their continual contribution of creating a pathway for me and so many others is not lost on me,” Weldon said.

As part of the Independent party Unite for Sydney, Weldon’s campaign focuses on providing equally accessible opportunities for inner-city residents to ensure a sustainable future.

If elected, tackling the inner-city housing crisis is one of her top priorities.

“We simply haven’t built enough housing. In the 17 years of the current administration, the city’s population has increased by over 30%, but we have not increased the social and affordable housing provision by anything like that.”

Weldon is critical of how the current housing crisis is being handled and would like to see vast improvements.

“These are the teachers, delivery workers, transport workers and nurses that are being priced out of our city – the very people keeping us going during the pandemic,” she said.

“The city claims to have contributed to 1,000 new dwellings over that period – many more are needed. I support the target of 10,000 by the middle of next decade, but this means building faster than we have ever to date.”

With the hope of achieving these goals, Weldon says equity and community are amongst her fundamental values.

“The focus must not simply be on numbers – we need to build communities too.”

Social entrepreneur Karen Freyer is among Weldon’s campaign team and a candidate for the City of Sydney Council. She says creating opportunities and supporting young people through the pandemic is high on the team’s agenda.

“The impact of the COVID-19 lockdown on young people in Sydney has been profound … I would like to see far more mental health services for our younger residents and clear pathways that enable them to find employment,” Freyer told City Hub.

Freyer aims to focus on fair and equitable entry into the creative industries for young people.

“Employment in the creative industries is becoming the prerogative of the privileged … We will offer micro-grants to support community-led cultural projects in every Sydney village. We will fund hundreds of creative projects and people,” she said.

Unite for Sydney aims to support grassroots creative organisations by breaking down these barriers.

“The overall goal is that we create a Sydney that enables all young people to grow up in a safe, green and healthy city that nurtures and supports them to fulfil their potential, with positive meaningful opportunities for everyone regardless of who they are or where they live,” Freyer said.

Stephen Conlon is a member of Unite for Sydney and works alongside Freyer and Weldon. He says ensuring sustainability and better climate action are among the team’s goals for the city.

“The Council needs to lead by example – we are currently using 4x as much gas as 2006, the baseline year used by the city in its reporting. That’s not good enough, we should be aggressively electrifying everything and using renewable electricity to power it,” he said.

Weldon and Unite for Sydney aim to focus on delivery by building affordable housing, achieving climate goals and providing opportunity to its constituents.

If elected Lord Mayor, Weldon hopes to change the way people are represented in politics.

“It should not be about self,” she said.

“We are not career politicians, rather we are a united team to represent the people, for the people, walking with all, not just the select. We are a team that hopes to unite the people, the city and the council together.”