An inaugural and interactive online Jewish-Indigenous learning program that featured expert panellists from both communities has proven a great success, with between 30 to 60 participants tuning in every Thursday night throughout June. Called Beit Sefer Yalbalinga, the series was co-hosted by the Sydney Jewish Museum and the NSW Jewish Board of Deputies (JBOD), and saw a different panel tackle the topics of story, land, identity, history, and justice, through stimulating discussions from both shared and contrasting perspectives. 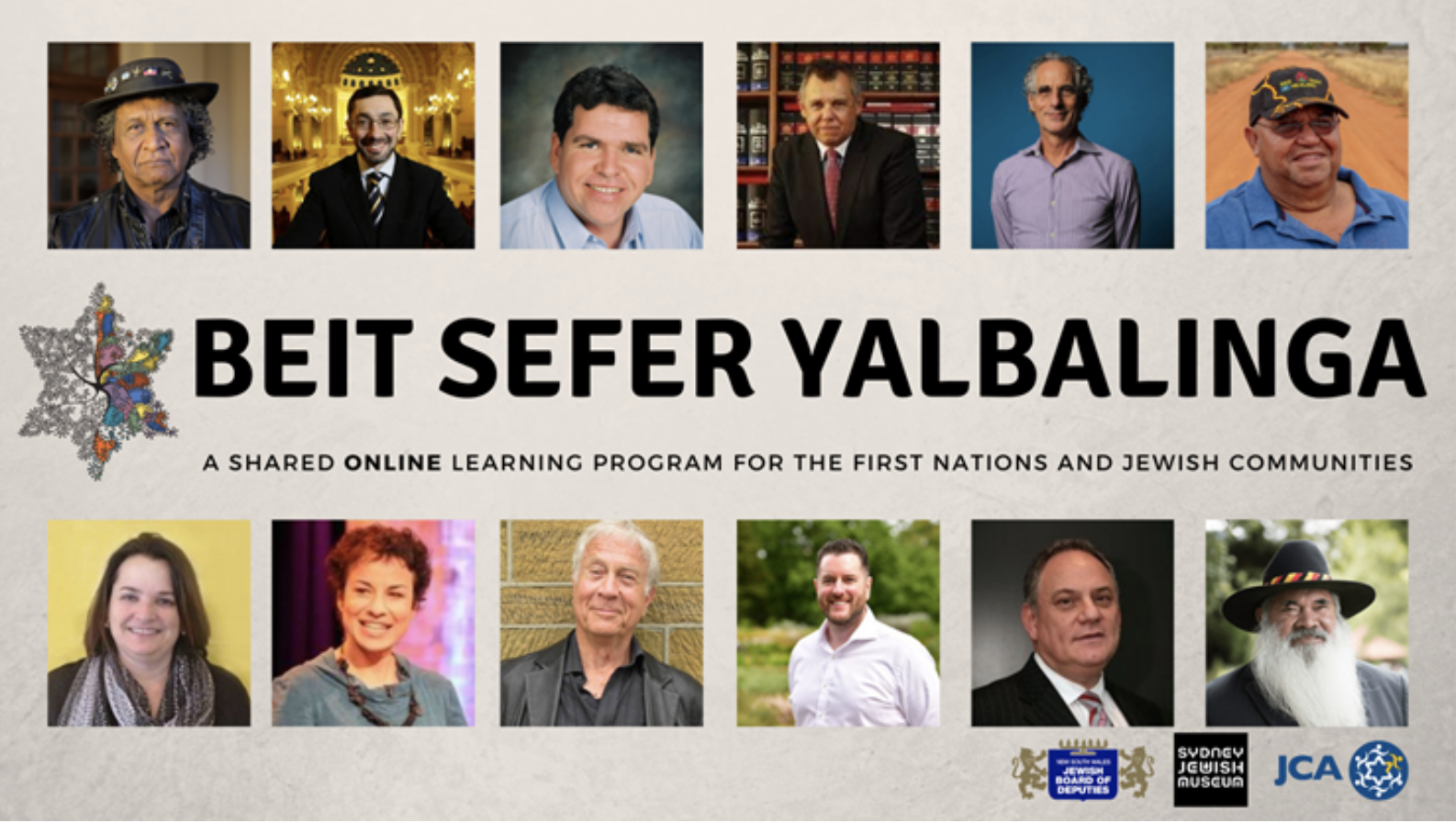 Mark Rapaport - a JBOD Social Justice Committee member and host of the history panel session - told the AJN on Monday during NAIDOC Week, what he noticed most from audience engagement, "was such an incredible appetite to be involved in reconciliation work, to get to know Aboriginal people, and to hear their perspectives". "And for some of the Indigenous panellists, this may have been their first interaction with people from the Jewish Community. So I think it was a really great engagement point".

JBOD's community relations and policy manager Lynda Ben-Menashe said JBOD has an established program of engagement with First Nations communities that continues to grow. "So this course felt very much a natural fit, and an obvious educational platform to highlight our communities' histories, and learn from each other."

"It's opened up channels for further collaboration".

Powell told the AJN he enjoyed learning more about Jewish approaches to identity, and sharing his own family tree analogy- learning from your past (roots), to make wise choices (branches) for a promising future (seeds and saplings).

"Through all the hurt that both our peoples had to go through, we've still found our own identity, and for me, that's the most important thing."

Course participant Daphna Levin-Kahn - Emanuel School's head of Jewish studies (high school) - said she was "blown away" by the depth of wisdom and knowledge shared by the Indigenous panellists in particular.

"Many of them spoke about the power and purpose of songlines, and it was interesting comparing that with the role of Jewish songs and prayers passed down the generations."