Meet the first ever Aboriginal candidate for Sydney Lord Mayor

Wiradjuri woman Yvonne Weldon is, incredibly, the first Aboriginal Australian to stand for Lord Mayor in the 179-year history of the City of Sydney Council. She spoke with the Sentinel‘s Gary Nunn ahead of September‘s local government election.

It is 179 years this month since the City of Sydney was established by an Act of the NSW Parliament. In all that time, an Aboriginal Australian has never been nominated for Lord Mayor of Sydney – until Wiradjuri woman Yvonne Weldon.

Not only that, but Weldon believes she’s the first Aboriginal person to run for Lord Mayor in any Australian capital city.

“That’s a real privilege,” she tells the Sentinel, “but the time has come for this long overdue change, especially in a city like Sydney, where the first impacts [of colonisation] happened.”

There’s never been a First Nations councillor, let alone Lord Mayor at the City of Sydney.

Even the proudly progressive current Lord Mayor, Clover Moore, has never had a First Nations candidate on her team during her 17-year tenure.

Wiradjuri man Professor Mark McMillan was the first Indigenous person to run for council, unsuccessfully, late last year on Melbourne Lord Mayor Sally Capp’s ticket. Whilst she won a definitive second term, she didn’t win enough votes to select him on her team.

The weight of history sits heavily on Weldon. “It’s very nerve-racking for me,” she admits – but she also insists she’s ready. It’s her first political run and she’s doing so as an independent, replacing Dr Kerryn Phelps on an independent ticket, after Phelps dropped out earlier this year for family reasons.

But leadership itself is a word she bristles at. “It’s a term people put on you, but we’re all leaders in our own right – we all have a role to play,” she says. “One of greatest aspects about who I am is how I bring people together in a truly inclusive way. In doing so, I lift the voices of those around me which aren’t heard or seen in the way they should be.”

We do, but beforehand, there’s a policy area the Sentinel is particularly keen to speak with her about: cycling.

Cities nationwide are experiencing a Covid-induced cycling boom the likes of which has never been seen before. Sydney is no exception. Pop-up cycleways have sprung up citywide and some, like the one on Pitt Street, have become extremely busy and look set to stay.

Moore has long doggedly and successfully championed cycling – it’s become a signature policy platform of hers and has proven to be both popular and visionary.

Her early support of transforming Sydney into a cycle-safe city has been vindicated, with, for example, the upcoming reinstatement of the College Street cycleway after the NSW Government tore it up five years ago.

This was an area where Phelps sought to differentiate herself from Moore: she controversially called for the introduction of compulsory licences and registration for cyclists, which would have required cyclists to sit a test, carry a licence and have insurance.

“People don’t know what the rules are a lot of the time because they don’t have to pass any test to get on a bike – and this means there are no consequences,” Phelps said when she first called for such arrangements in 2017.

It was met with vigorous opposition from other councillors on Moore’s team, who have offered $25 learn to cycle courses for Sydney residents.

Weldon, the Sentinel can reveal, does not support Phelps’ controversial proposal.

“Cyclist registration isn’t a good idea,” she says. “It’s quite intrusive and the costs exceed the benefits.

“But cycle lanes need to be planned better. There needs to be an evidence based approach for the benefit of the whole community,” she says. “They can’t be ad hoc – they need to be cohesive and collaborative.”

Despite this policy difference, her endorsement by Phelps as her replacement came as a result of frustration with the current council. “We tried a number of attempts to get more consultation and inclusion but found it wasn’t happening,” Weldon says.

Phelps – who is taking time out to care for a sick family member – won’t be giving her advice and support from the sidelines during this time, when her family takes priority.

However, Phelps tells the Sentinel: “I’ve been impressed by Yvonne Weldon’s commitment to the Sydney community since I was elected as a Councillor on the City of Sydney Council five years ago. She takes on the hard issues like domestic violence and youth justice. After 17 years of the same leadership, Sydney needs new leadership to take it forward – Yvonne’s experience will revitalise the City of Sydney Council.” 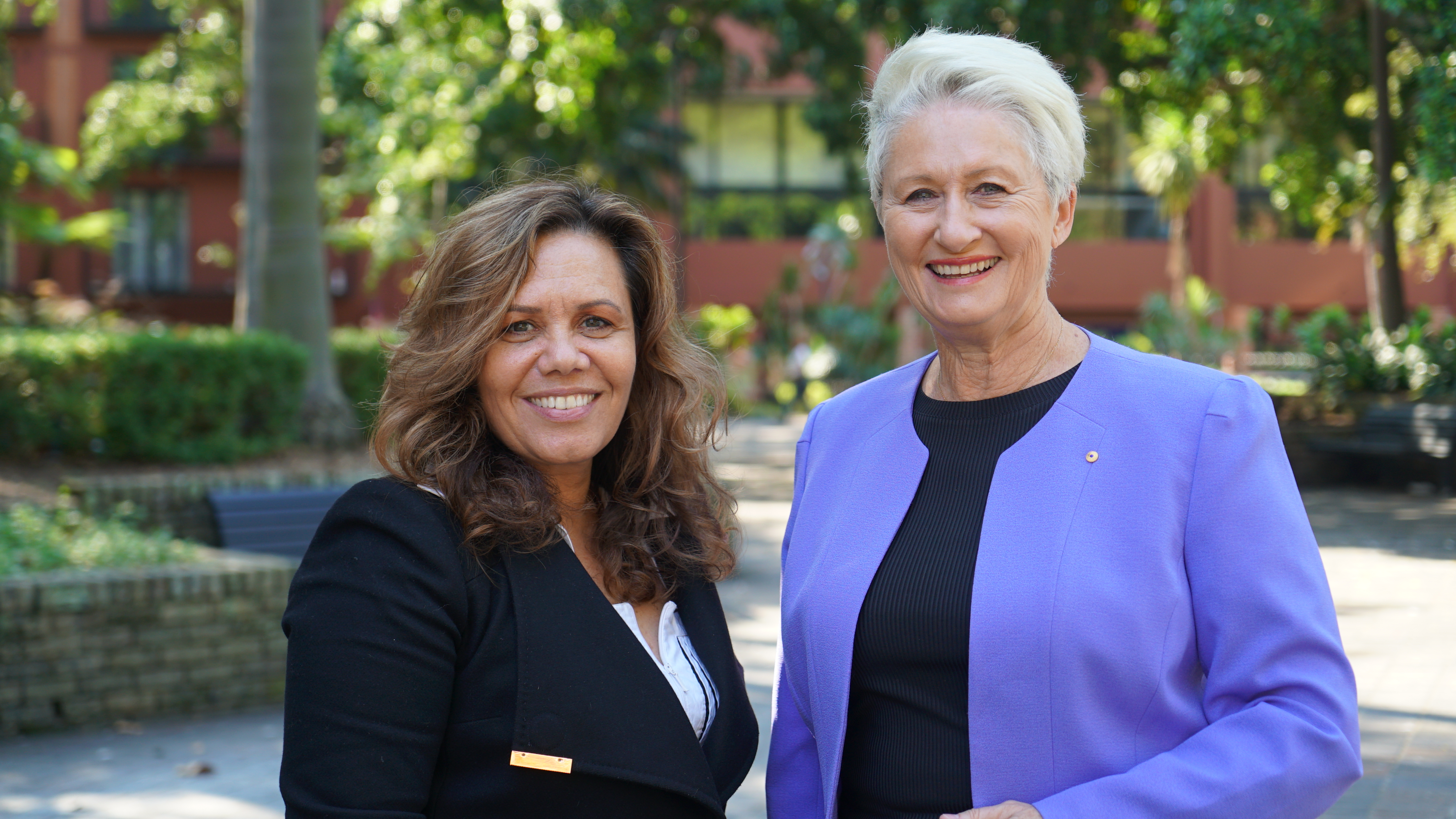 Housing is a priority for Weldon; she is concerned that in the past 17 years (since Moore took office) only 1,000 social housing dwellings have been built. “That’s 58 homes per year, but 51,000 people across NSW sit on the social housing wait list,” she says. “Are we including them or pricing them out? We’re a beautiful city but we need to be adaptable to the needs the city has.”

Under the banner of ‘reviving Sydney’ she names cleaning up our streets as the first point of call. “I think they’re pretty disgusting,” she says, advising she’d make improvements by progressing the food scraps trial (whereby excess food is donated to shelters and people in need) and making it permanent.

But where she really believes she can take the fight to Clover Moore is on the environment and representation of First Nations People in arts and statues across the city.

Weldon thinks Moore has done well for 17 years in the job. “But it’d be good for her to see beyond herself,” she says. She adds that she’s not really focused on Moore, instead giving her attention to “genuine community consultation in how we engage and who we represent. Otherwise it’s just lip service.”

They cite $5.15m allocated to seven public art projects, to reactivate the knowledge of specific places and events in Aboriginal history at key sites within the city. Moore’s team is also converting the former Redfern Post Office for use as a local Aboriginal knowledge and culture centre.

Weldon names the 25 publicly funded statues of the colony’s early leaders around the CBD – from Captain Cook and Queen Victoria to Matthew Flinders and even his cat Trim – as something that makes it “breathtakingly hard for First Nations people to feel proud”. She says that she has tried to change this by lobbying council to erect a statue of a First Nations leader, but claims to have been kiboshed.

A spokesperson for the Lord Mayor countered: “Many have raised concerns about statues as a Western approach to commemoration. Indigenous artist Djon Mundine recently said statues were ‘individual, narcissistic’ and favoured by authoritarian regimes and empires.”

On the environment, Weldon says she has concerns about the way the Council plans to meet its renewable gas by 2035 goal. “We’re actually using four times more gas than we used before, and it’s not renewable – we’re not showing the truth of where we’re using our energy sources,” she says. “That new pool at Zetland is all gas, not renewable at all.”

In response, the City of Sydney defended its record, stating it has been carbon neutral since 2007 and powered by 100 per cent renewable electricity since July 2020.

As for gas, it stated 34 sites currently use natural gas, with almost half of the natural gas consumption used to run its aquatic centres.

As for the Gunyama pool at Zetland, a spokesperson told the Sentinel: “At the time of installation, gas was the most sustainable option available … At present, cost-effective technology does not exist to fully replace gas for pool heating. We know our operational use of natural gas … will need to decline to meet climate targets.”

The next election for the City of Sydney Council will be held on Saturday, 4 September 2021, after being postponed for a year due to the Covid lockdown in 2020. The NSW Government has insisted the election will go ahead – despite questions as to whether the Covid situation will be any better than the same time last year. Postal voting and online voting will be made easier, to help facilitate a Covid-safe election.

As Weldon awaits the big day, it’s the community-level support she’s most interested in. “I’ve always lived by motto no matter who you are, there’s always someone worse off than you and someone you’re able to support,” she says.