Yvonne Weldon on NAIDOC Week in the inner-city

Unfortunately for Yvonne Weldon, the COVID-19 outbreak means that she will be forced to observe NAIDOC Week this year much the same as the last: indoors.

Dreary aesthetics aside, Weldon contends that no lockdown could dampen the community spirit that remains at the core of NAIDOC Week, which will run from 4-11 July this year.

“I will continue to commemorate the Friday of NAIDOC Week as I did [as] a young child,” Weldon tells City Hub.

Weldon first knew NAIDOC (National Aborigines and Islanders Day Observance Committee) Week as National Aboriginal Week. On the Friday – A-Day, as it was called – Weldon would march alongside her family from the first Aboriginal Legal Service in Redfern and would finish the day in Alexandria Park.

“We celebrated together through dance, food, rides, races and games,” Weldon says. “This was the early days of my people coming together celebrating A-week and who we are, sharing our diverse practices and traditions.”

Now a fully-fledged adult, Weldon is heartened by NAIDOC Week transcending throughout all corners of Australian society.

“It is encouraging to see that these events are held across many facets of organisations, businesses and communities both non-profit and large for profit.”

For Weldon, NAIDOC Week takes on greater meaning this year, despite the stay-at-home orders lasting the period’s duration.

The Wiradjuri woman grabbed headlines in May when she announced her independent bid as a candidate for the Lord Mayor of Sydney, making her the first Indigenous Australian to run for the position. 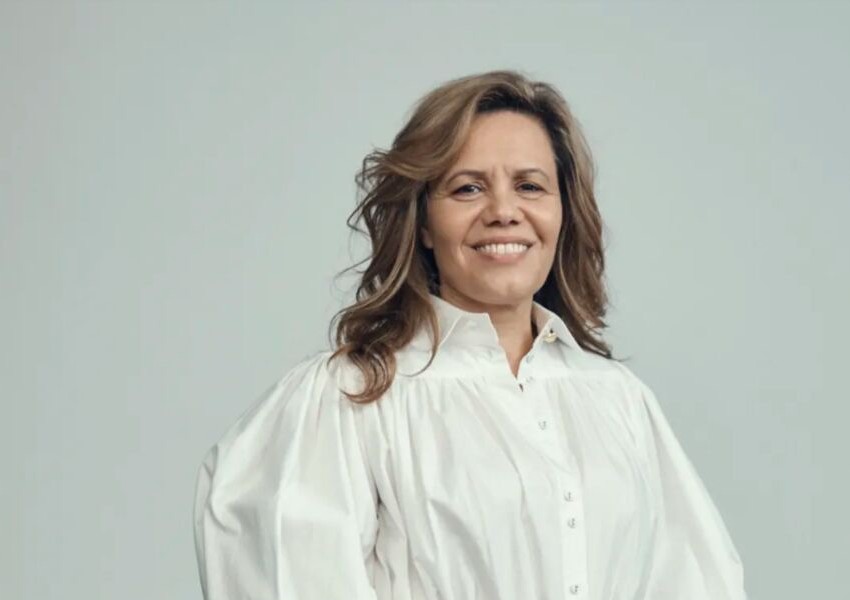 Weldon’s campaign centres around restoring opportunity to the next generation of inner-city Australians. It’s an issue that Weldon feels is particularly important within her personal community service.

“I had the benefit of attending Redfern Public School and then St Scholastica’s where kids from a broad range of backgrounds attended,” Weldon says.

“The next generation is missing out on the opportunities that our city gave me when I was growing up.”

Weldon currently sits as the elected Chair of the Metropolitan Local Aboriginal Land Council, is the Deputy Chair of the New South Wales Australia Day Council, a Board member for Domestic Violence NSW and for Redfern Jarjum College, a centre accommodating Aboriginal and Torres Strait Islander children who are struggling in mainstream primary schools. Weldon has also worked for the State Government in multiple capacities aimed at finding stronger outcomes for Indigenous Australians.

“I’ve lived and worked [in Sydney] for over 20 years and for all of that time, I’ve always worked to improve the lives of all. My focus has always been working to improve outcomes for marginalised children, youth justice and survivors of domestic violence,” Weldon says.

“But in those 20 years, I’ve seen my own kids priced out of the city … I want to see a Sydney that is vibrant and humming with opportunity – and accessible to all Sydneysiders.”

Should she be elected, Weldon’s first order of business will be tackling the housing crisis sweeping the inner-city.

“We cannot afford to price ordinary, working Sydneysiders out of our city,” Weldon says. “If we shut down opportunity, Sydney will become closed to the young, to the entrepreneurs and to the hard-working people who make our economy and communities tick.”

State-led affordable and social housing projects to elevate levels of stock have largely been labelled insufficient by inner-city representatives, who are seeing pockets of disadvantage and inequality continue to emerge in their communities.

While her campaign stands on creating immediate change, Weldon recognises the long-lasting impact that her potential rise to Lord Mayor may have for the inner-city.

“It’s taken 233 years for an Aboriginal Australian to be nominated to run for Lord Mayor of Sydney,” Weldon says.

“A council that is not representative cannot deliver a legislative agenda that delivers for the needs of everyday Sydneysiders.”

And put quite simply, Weldon hopes to inspire the next generation of inner-city leaders, the same way she was as an impressionable child marching past the old Aboriginal Legal Service on A-Day.

“I hope that my ascension will bring hope to others, of multiple generations and change the way my people are viewed and accepted.”

The City of Sydney elections will be held on September 4 this year.